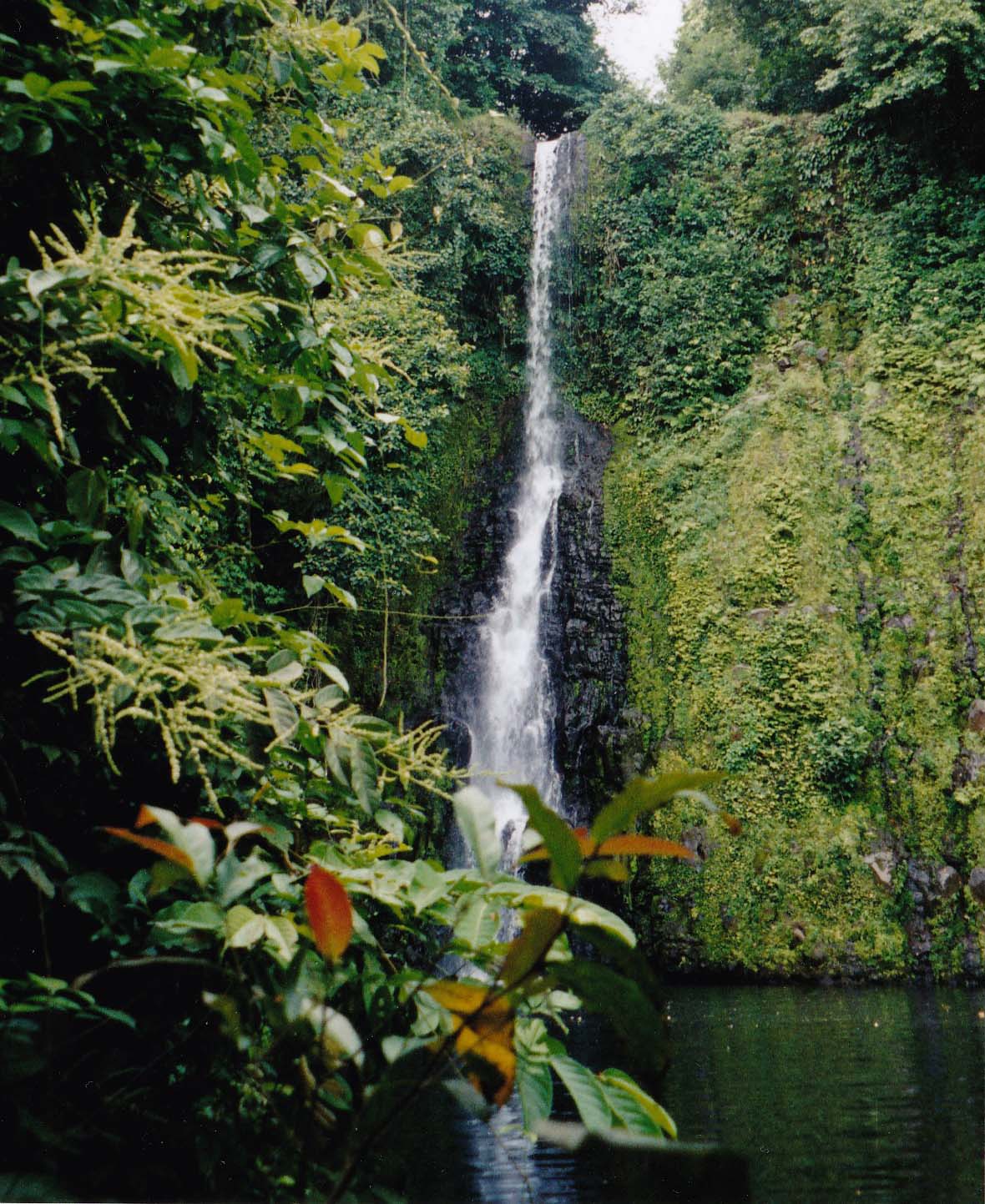 Waterfalls are plentiful on Bioko Island., where the average annual rainfall is about 120 inches.  (Truelsen photo)