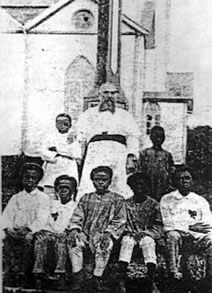 Father Antonio Aymemi at his Basile school. (Circa 1930).


Father Antonio Aymemí lived on West Africa’s Fernando Po island, now called
Bioko Island, working with the indigenous Bubi tribe as a Catholic missionary from
1894 until his death in 1941. The Bubis had migrated to Bioko from the West African mainland some 3,000 to 5,000 years before Portuguese explorer Fernando Po
discovered the island in 1471.   On Bioko, they formed their own culture, distinct
and unique among Bantu tribes.

The Bubis on Fernando Po (Los Bubis en Fernando Poo) was published in
Spanish in 1942 and represents a series of articles Father Aymemí wrote for the
colonial magazine "Spanish Guinea." It is still considered one of the most accurate
accounts of ancient Bubi traditions and history.   Father Aymemí was a member of the Missionary Sons of the Immaculate Heart of Mary, and this book was published
through his order and the Spanish colonial government on Fernando Po. Father Aymemí died just months after turning his manuscript over for publication.   Although
he was a Catholic priest, and represented the Spanish colonial mindset, his  respect
and love for the Bubi are obvious in his book.  In the preface, his fellow, admiring
clergymen note that he can now watch over "his beloved Bubis" from heaven.

Here we present the book in its entirety.  There are few copies of Father Aymemi's
book available, and those are solely in Spanish. This translated version is made available
in hopes of bringing information about the Bubi to a larger audience.

The Bubis still live on Bioko today, oppressed as a minority tribe under the dictator-president of the larger Fang tribe. Their numbers were seriously depleted under
previous dictator Francisco Macias Nguema's systematic slaughter, which began
shortly after the country's independence from Spain in 1968. Tens of thousands of
Bubi, an estimated two-thirds of their population, were tortured, executed, beaten
to death in labor camps, or managed to escape the island. Macias Nguema was
executed during a 1979 coup by his nephew, current President Teodoro Obiang
Nguema.

Many Bubi today who fled Macias Nguema's murderous regime live in exile in Spain. Returning home to Bioko to the abject poverty and unstable politics still wrought by President Obiang's corrupt regime is an unattractive option. Those Bubis still living on
Bioko walk cautiously through the political landmines.

Second-generation exile Bubis are finding their way from Spain to the United States. Without speaking Spanish, learning Bubi cultural history is extremely difficult.
Welcome to English-speaking descendants, researchers, students, and all wanting
to know more about this remarkable tribe.
--Colleen Truelsen, translator 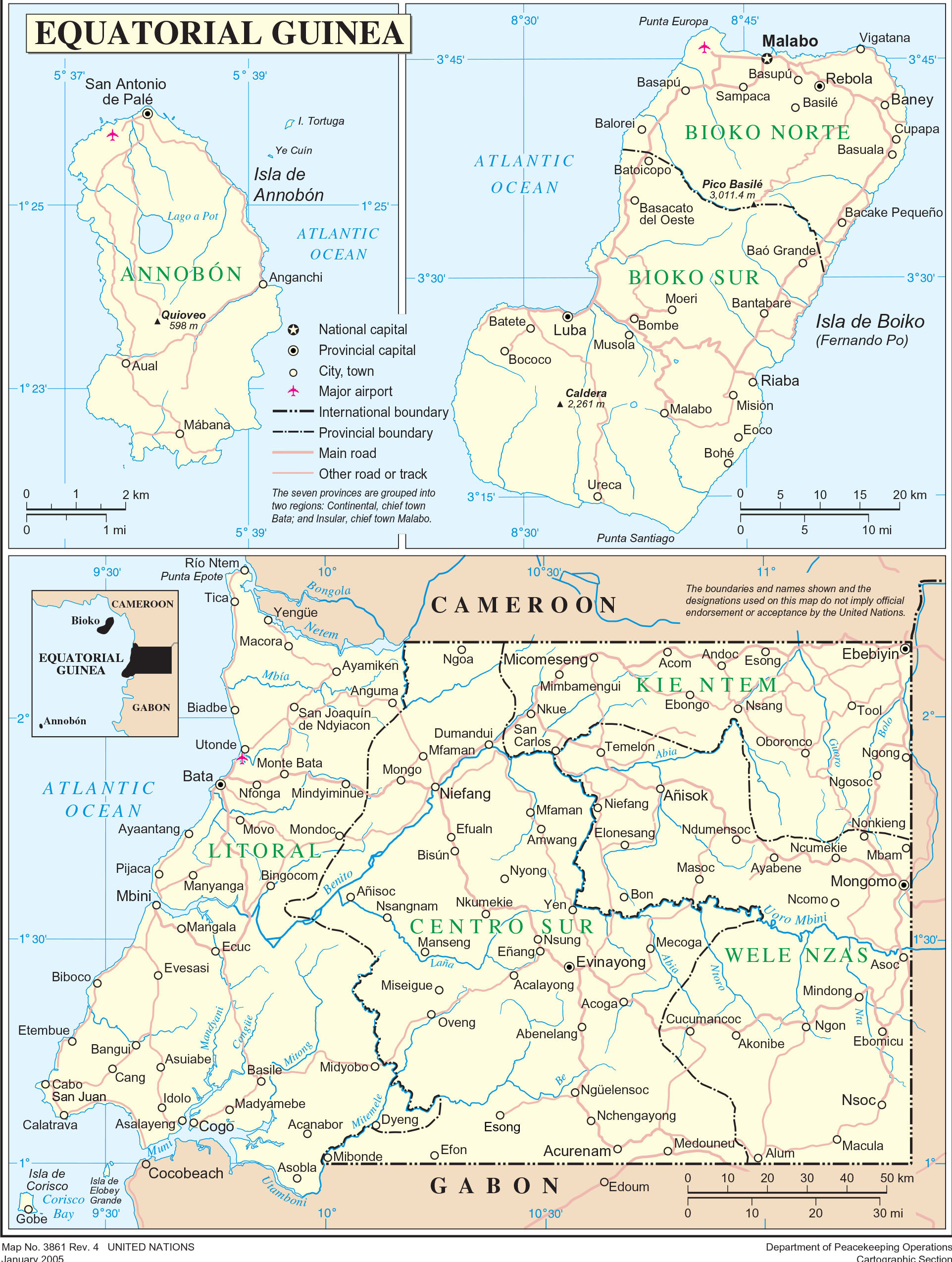